Original article by Andrea Atzori, author of “ŠRDN – From Bronze and Darkness” (Acheron Books), which gives us an overview of the archaeological and cultural base on which the novel is built.

ŠRDN  tells the story of the “Shardan” people. The name S(ha)rd(a)n (or Shardana) refers to a population that was part of the “Sea Peoples”, who lived in the western Mediterranean area during the Bronze Age and who contributed to shock the pillars of the great near-eastern civilizations about to enter the Iron Age. Where did these great warriors and sailors come from? According to some recent historical theories, their homeland was the island of Sardinia.

Long before being a lovely city in the state of New York, Sardinia is the second largest island of the Mediterranean Sea and at that time – before the rise of the might of Rome – it was considered its biggest, due to its rough curved coastline (longer than Sicily’s). Sardinia was known as such since the Bronze Age with the name of Sandaliothim by the Greeks, Cados Sene in Semitic languages and Sacra Crepida in old Latin, all meaning “Holy Sandal.”

If the word “Sandal” might be referred to Sardinia’s form, why “holy”? We might have a suggestion. Sardinia is the site of the most sophisticated ancient architectonical monuments of the Western Mediterranean area: the nuraghes. They are megaliths, stone towers of stacked boulders that sometimes reach the height of thirty meters, with complex structures (up to six towers in the same edifice), and Sardinia counts about eight thousand of them, probably counting twice as many during the period they were built. The etymology is uncertain, but the root nur might refer to pre-Latin “empty tower” and Phoenician “fire”. The civilization that from the Early Bronze Age up to the Early Iron Age created them is known as Nuragic Civilization. 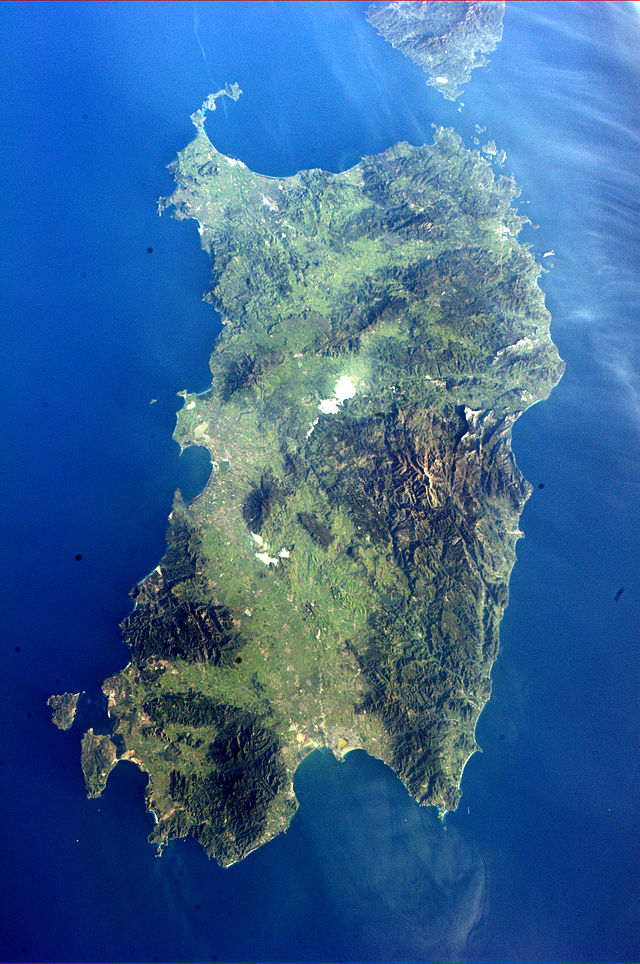 We are not talking about a few Brochs lost here and there along the coastline: at that time Sardinia was a stronghold. However: against whom? During decades of standstill of local archaeological research, the classical view was accepted that nuraghes were “castles” belonging to different tribes in war against one another in a sort of Middle Age placed before, explained with the “natural” inclination to war of those folks. The critics to this interpretation are increasing and they start from the very evidence: nuraghes are in such a number that sometimes rise in clear view from one another (do you remember the “warning beacons of Gondor”? Nur-hag: “fire towers”), even at a “dart” distance, meaning that populations so close would not have had the time even to think about building such monuments with the pressure of their neighbours. The interior of the structures is extremely narrow and uncomfortable for either civic or military usage. Moreover, nuraghes were situated at the centre of villages and not around them – as someone would expect them in order to protect the sheds. Furthermore, up to the 70% of the nuragic villages that were found show no trace of towers or whatsoever near by, while other nuraghes arise often lonesome and above mountains and valleys, some in almost inaccessible places.

The role of nuraghes and of the whole ancient Sardinian civilization – thanks to the strength of contemporary archaeological investigation and to a sort of popular “awakening” – is thus coming under a different light: spirituality. A vague term, I beg pardon, but talking about “religion” would be perhaps incorrect given the relation those ancient people had with the sphere of “sacred”, which was grounded in daily life with no strict separation between “holy” and “profane”. It appears indeed to have been a “Holy Sandal”. 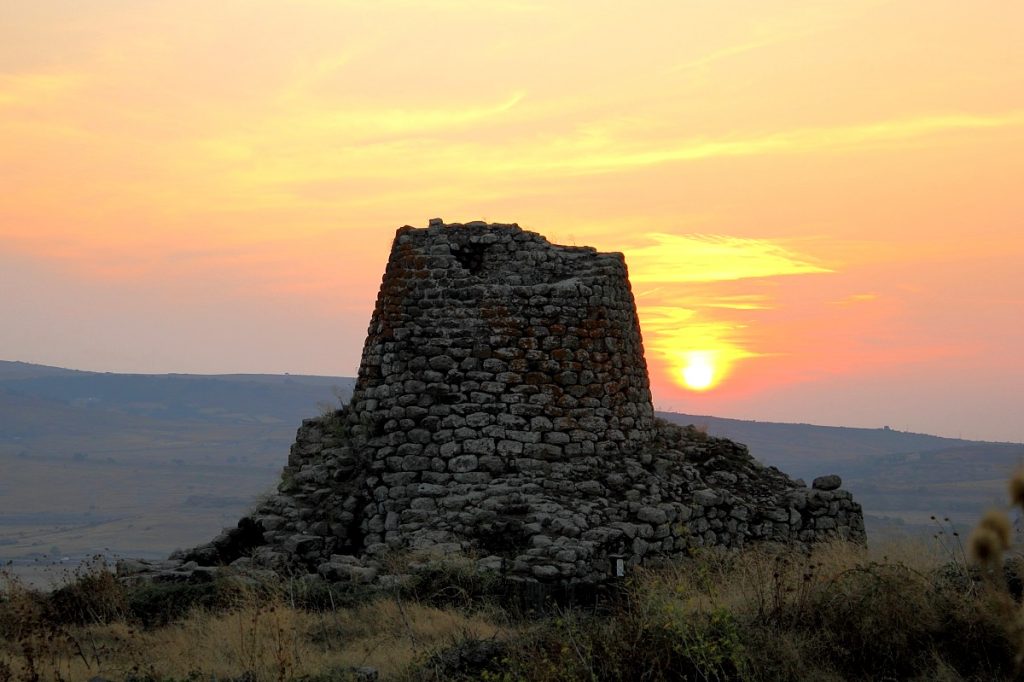 The star alignment of many nuraghes has been known for long – not an uncommon fact among worldwide megalithic architecture – but somehow always kept hidden in order to discourage pseudoarchaeology. Sardinia counts several nuraghes that show light-effects through their walls and gaps during solstices and equinoxes, and some recent researches even investigated the tower’s position on the land, which in some cases represents with very little approximation the shape of constellations (Mulas, 2012). The same inner structure of the towers seems to follow a common pattern of construction: three niches – almost always of the same size – open in the womb of the construction. All of them revealed stratified rests of food, wine, shells, bones and utensils not found elsewhere in the building, suggesting offerings and ritual use, with objects often proved belonging to foreign lands, as Mycenae’s and Crete’s ceramics.

In conclusion, all findings suggest that Nuragic Civilization was complex and quite sophisticated, with a mystic impulse towards the sacred, magnified through architecture (without any proved trace of slavery – like in Egypt). The idea that Sardinia in the Bronze Age was a temple island – a sanctuary land destination of pilgrimages from all the Mediterranean Sea – becomes in the XXI century more than a fascination. The nuraghes are not the only sacred buildings on the island though. Sardinia counts thousand more sites among holy wells, villages, ipogeic and monumental tombs.